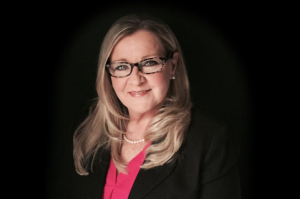 Founding National Fiber and Copper Inc. in 1999, Kim has over 15 years of experience and demonstrated success as a CEO and entrepreneur in the industry. From participating in various prestigious organizations to winning awards for business success and forward-thinking leadership, Mrs. Valentine has an unrivaled understanding of what it takes to run a successful organization.

Before the years of National Fiber and Copper, Kim was a team leader for Aerotek. Soon after leaving the company, NFC was founded. Since founding National Fiber and Copper, Mrs. Valentine has won various prestigious awards including the SmartCEO Brava Award in July of 2014 which celebrates female CEOs who combine their impressive entrepreneurial spirit with a passion for contributing to their communities and the Athena PowerLink Program Winner in 2014. PNC only picks 1 recipient of this award each year, a woman business owner who shows great potential in achieving significant business success. Kim was also featured in Baltimore Magazine for February 2016’s Women In Business segment and in The Daily Record in March of 2016.

Kim keeps ahead of the industry curve by participating in groups such as the Women’s Business Enterprise, Women Presidents’ Organization, Women in Technology, and the Fort Meade Alliance.

The Brava Awards program celebrates female CEOs, nonprofit leaders and high impact executives who combine their irrepressible entrepreneurial spirit with a passion for giving back to the community. Brava Award winners are exemplary leaders of both their companies and their communities. They encourage local philanthropy, mentor up-and-coming leaders and set their companies on the path to tremendous growth. Each year, an independent committee of local business leaders selects winners based on company growth, community impact and mentoring.

The Fort Meade Alliance is a 501(c)4 non-profit independent community membership organization created to promote and support Fort George G. Meade, its 117 government agencies and organizations and surrounding areas as an economic asset, to promote the well being of the region with programs that support FGGM priorities, and serve as a resource to help facilitate connections that make a difference.

Women in Technology seeks to empower women to be architects of change in the technology industry. With programming for technical professionals, executive management, business owners, and students, WIT provides the opportunity for all women to learn and connect to move their careers forward.

The Women Presidents’ Organization is the ultimate affiliation for successful women entrepreneurs worldwide, connecting women who lead multimillion-dollar companies. The WPO is the only international organization serving second-stage, women-led businesses who have achieved a level of success. The WPO helps women from diverse, noncompetitive industries take their companies to the next level.

The Brava Award celebrates female CEOs who combine their impressive entrepreneurial spirit with a passion for contributing to their communities. These women demonstrate leadership while encouraging philanthropy, mentoring and have set their companies on the path to tremendous growth. Annually, local business leaders select winners based on company growth, community impact and mentoring.